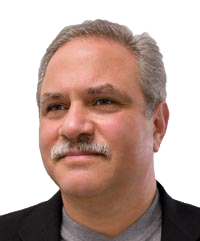 For the first 20 years of his career, Christian worked in the jewelry field as a goldsmith, wax carver, master model maker, repair expert, metal caster, and custom jewelry designer. During the next 10 years, he pursued hand engraving to fulfill his personal goal of becoming a fine engraver.

Over the years, Christian has studied the work of many top engravers. He received advanced training in Italy at the renowned Botega Giovanelli studio where he learned under Master Engraver Dario Cortini. Christian worked under the guidance of Italy’s Creative Art, and enhanced his knowledge and skills with instruction from fine engravers Philippe Grifnée of Belgium and Ken Hunt of England.

Since he believes so strongly in the value of education, he agreed to help Emporia State University start its degree program, Bachelor of Fine Arts with an emphasis in the Engraving Arts. For about a year, he moved from his hometown of Traverse City, Michigan, to Emporia to serve as their first Professor of Engraving Arts during the fall 2006 and spring 2007 semesters. In addition to his university teaching, he has taught engraving at all levels in the United States and in Europe.

Christian is the inventor of the EnSet Hand Engraving, Stone Setting and Finishing machines and various other tools made by Syenset S.L. We also carry a variety of Downloads, DVDs and other instructional aids that Chris has developed to assist beginning and experienced artists.

All prices are in USD